Wonder Woman is a great movie. I loved it for what it represented for female superhero leads and movie directors, and as entertainment. I also loved finally having proof that DC movies were not all doomed to suck. Batman vs. Superman? Seriously?

But there were a few points in Wonder Woman that drove me crazy. Don’t worry, I don’t care about consistency or origin stories or even logic. It’s a superhero movie. If a cybernetic raccoon can beat the heck out of people in Guardians of the Galaxy, then why not a skinny woman with the power of Superman? It makes as much sense as anything else, and it’s fun to watch.

But there are undeniable social and political messages in this movie beyond the obvious strong female and nominally feminist lead role. And that’s where I’m a bit baffled, or perhaps just frustrated. It just doesn’t seem like it would have been that hard to get a few more things right.

So what did they get wrong? Glad you asked…

Misogyny in the Portrayal of Women

This one may be hard to understand. The whole movie is, after all, about a strong woman clobbering weaker, morally intransigent men and saving the world from the male god Ares. Hope that’s not a spoiler. She wins.

My problem here is with the Prom and Princess trope. Yes, I just made that up, but it’s not that hard to see when you look for it. If you look at male super heroes, they actually look like they can actually hurt something other than your feelings. Like Rocky or Spider-Man, Wonder Woman has the requisite training and self-discovery montage, but at the end Gal Gadot looks exactly as petite as she did to begin with. Is it theoretically possible that she needs no actual muscle to be incredibly powerful because she was made by Zeus to kill Ares (spoiler!)?  Sure, but that’s not the point. The point is the message it sends young women and little girls.

And that message is that the ideal woman is not muscular or physically strong. She does not gain her strength through grit or labor. Instead, the ideal woman is born into the role of Homecoming Queen and Princess combined, and then granted magical powers that make her infinitely powerful while still looking great in a sleeveless evening gown. In this respect, Wonder Woman is like every other alleged female hero served up by Hollywood, where beauty always matters more than strength.

Physical strength has a physical manifestation in women and well as in men. If you look at Jessie Graff, Rhonda Rousey or Serena Williams you’ll see attractive, powerful women who are also physically strong. The have earned that strength with endless hours in the gym, through sweat and injury and pain. They have made themselves worthy of admiration.

The ironic thing about this is that DC is in a better position than any other media group to understand this. The entire (ridiculous) premise of Batman vs. Superman is vaguely sustainable because we all want to believe that a hard working and clever human being (Batman) can beat an obviously stronger and super-power endowed alien (Superman). We want to believe that discipline and effort matter more than magic and genetic gifts. Why is this any less true of woman than of men?

The very simple fact is that all woman can work out to gain strength. All women can train to gain skill. Not all women are born traditionally beautiful or, of course, thin. If Wonder Woman wants to offer a feminist ideal for women, shouldn’t it be for all woman and not merely the naturally privileged?

Instead, Wonder Woman gives us another fairy warrior princess from from an island of warrior princesses.  This makes it just one more in a long line of “strong women” movies cast without actual (physically) strong women in the leading role. Here are some other gems:

Note that I have no problem casting physically weaker actors and actresses in roles where their powers are more cerebral. Jean Gray and Dr. Xavier could weigh 90-pounds and still kick cerebra with their giant brains. Wolverine? Not so much.

And it’s not like there isn’t a precedent for getting this right, or at least much better. Back in 1997 when they cast GI Jane, Demi Moore was not exactly known for her right hook. But she tool the role seriously enough to at least gain some muscle mass. Instead of fancy filmwork and CGI, you have a believable female special forces heroine. In Aliens, Jenette Goldstein kicked ass as Private Vasquez just like Linda Hamilton did in Terminator 2 as Sarah Connor.

Unfortunately, the true mythology of Wonder Woman is the same as all such films; that female strength is a gift and not earned. That power is in imbued at birth, not garnered by discipline or grit. That beauty matters more than power, or perhaps that beauty is the only power that matters. As long as you’re pretty and your parents were gods, you can do whatever your heart desires. Debutantes unite.

This is a great way to generate more entitled white prom queens,  not female warriors. In the end, and despite all its wonderful traits, Wonder Woman basically body shames woman who actually work out.

Racism in the Portrayal of Black Women

Before getting too deep in to this, remember that I’m a white dude; I am by no means qualified to speak on behalf of black women. But for God’s sake, are you kidding? Even a rational centrist white male like me who is tired of everyone taking everything so damn seriously was immediately offended ridiculous treatment of blackness in this movie.

I know intersectionalism is complex. It wasn’t even in my spellchecker. But Wonder Woman is utterly tone-deaf in the casting of a black woman as Amazon nanny and exceptionally muscular black Amazon warriors on an island of skinny white girls. All of this would have been so easy to avoid.

Second, don’t represent the black warriors as fundamentally more muscular and brutish than the white women. Here’s how: (1) Look at Robin Wright, Connie Nielsen and Gal Gadot (2) find black actresses who are equally lean and mean. and (3) cast them. It won’t solve all the problems, but it’s a start.

Or, and this is probably the better course, stop casting any Amazon warriors who are skinny little prom queens (See the previous section). If you make them all physically powerful and muscular, they might actually look more comfortable on a battle field than in a corset. Let the war begin.

And while you’re at it, since you’ve thrown out the logical history of the Amazons by including all the races on this nominally Greek island, why not have one of the Amazons be a Nubian half-sister princess who also kicks ass? Then a black woman is in a position of authority and not just in service. DC even has a black Wonder Woman, Nubia, to work with. Just an idea.

Instead, Wonder Woman demeans black woman in the name of feminism. It’s bizarre. Haven’t they seen King Kong or the online body shaming of Serena Williams? How could you possible miss this point?

Misandry in the Portrayal of Men

Nobody’s going to care about this one, but what the heck. If feminism is about equality and/or equality+justice, there is simply no need to maintain the mythological part of this movie that portrays men as intrinsically violent and grotesque–nor to portray woman as inherently better in every way. Amazons can be proud woman warriors and Wonder Woman can be a powerful feminist hero without having to reduce maleness to a caricature of evil.

I realize that in some of the original origin stories, there were no men or males involved in the creation of the Amazons, and certainly not Zeus. But introducing Zeus and Ares as both origin and arch-enemy is just a misandry sandwich. Maybe it was unavoidable given the source material, but it doesn’t have to be this way. Little boys should be able to admire strong female superheroes without having to despise themselves at the same time.

There’s an amazing Nina Simone song, Mississippi Goddam, where she comments on how tiring it is to wait for slow, measured social progress:

And she is of course right; being told to wait and be patient while your house burns is great for everyone outside. It makes for a pretty spectacle and the firemen (and women) don’t get hurt, but the house still burns. On the other side, we all know that sudden change to a fragile system can break that system forever. The danger with the latter line of thinking is that it is based in fear.

And Hollywood lives in fear–fear of casting the wrong actor, fear of taking a risk on an unknown writer, fear of offending a demographic or damaging a franchise. Perhaps Wonder Woman is as much progress as we can expect from a Hollywood blockbuster created within a crucible of terrified rich people and mostly men.

So if there is a point to this post, maybe it’s just to provide a little nudge. Wonder Woman is a wonderful movie that proves female characters can drive box office returns and that female directors can be bankable choices. Now that we have that out of the way and the fear is a little less justified, maybe Wonder Woman II can take another step in the right direction. 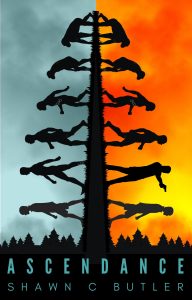