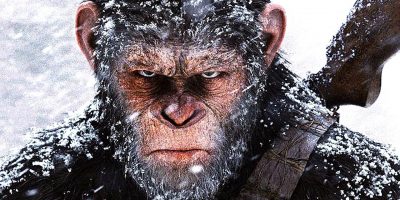 White boy reviewing Black Panther! Put your finger on the racial trigger and get ready to fire! Or don’t; totally your call.

I don’t write many reviews because there are already plenty of people generating pablum for movie audiences and it seems narcissistic to spend your time telling other people what to think. So when I do, it’s because I’m trying to figure some things out and writing helps me process what I saw in the theater. Unless it’s Return of the Jedi, in which case it’s because I’m disgusted. #DiePorgsDie

When I wrote about Wonder Woman, it was because some things just seemed odd and I wanted to see if anyone agreed. Jury’s still out on that one. I didn’t want to right a review of Black Panther because of all the online political BS on both sides of the racial divide, and it wasn’t like I was going to change anyone’s mind anyway. But then I saw the movie and came out…perplexed. I had the impression from Rotten Tomatoes that it was either the best movie ever made or a racist anti-white screed that justified Tiki Nazis marching in the streets. Neither perspective is even vaguely correct; it’s not exactly a balanced film, but it’s pretty damn reasonable all things considered.

So, let’s just start with that. It’s a good movie. If you come out of the cinema angry, that’s your baggage; check it at the door and try again. If you come out inspired because it’s the first time you’ve seen such a vast array of powerful, positive black figures, then you were paying attention.

Even if you forget all about race and history, it’s so much better than most of the other Marvel movies that you should be glad to have gotten your money’s worth. Plus, there are no Infinity Stones. Thank god.

With that in mind, I’m just going to comment on a few good things. Some are big, some are tiny, and some are just general problems with all superhero movies.

What Black Panther Gets Right

It’s not The Godfather or Citizen Kane, but in the pantheon of superhero movies, it’s awesome. Black Panther is fun, serious, beautiful, the plot more or less holds together, it’s not just about blowing shit up, there are great actors, real chemistry, genuine charisma, and they kill the white South African mercenary dude–which is always the right answer.

Don’t get me wrong; there are a couple points where it’s hard to figure out why slightly racist things are necessary, but on the whole it’s just a great movie in an African historical context and lots of cool black characters. While the aforementioned white mercenary is a comical douche, there is also one token white good guy who isn’t killed off ironically or otherwise. Very few “white” movies are as respectful of their token black characters.

There are Lots of Black People

As you may know, Black Panther takes place in Africa. I read reviews complaining about the lack of white people, LGBTQ Hispanics or whatever and I wanted to roll my eyes so hard I’d strip off my vitreous gel sacks. Just kidding; they’re already stripped. Moving on.

It’s Doesn’t Portray Blackness as the Cure for Whiteness

In other words, it doesn’t treat white people as a disease. One on of the things I didn’t like about Wonder Woman was that it went beyond a positive image of powerful woman to an origin story where men are the violent, toxic plague from from which fighty women are the only salvation (it’s part of the origin story, so I get it; it just seemed unnecessary).

Black Panther doesn’t do this. In fact, the antihero Killmonger is “evil” precisely because this worldview motivates him to seek global power over the prior colonial nations. His answer is not the right answer any more than enslavement and colonization itself.  The right answer is balance and social justice, and that’s exactly where the movie ends–with Wakanda coming out of hiding to help address historical injustices and inequity, not violently avenge them. I suppose that’s what I’m supposed to say as a white guy, but it still feels like the right answer morally.

Here is someone who fundamentally disagrees with that comment, at least to the extent that the villain is black:

In 2018, a world home to both the Movement for Black Lives and a president who identifies white supremacists as fine people, we are given a movie about black empowerment where the only redeemed blacks are African nobles. They safeguard virtue and goodness against the threat not of white Americans or Europeans, but a black American man, the most dangerous person in the world. – Boston Review

I can see the author’s point, but I have to wonder if a movie divisive enough to satisfy his needs would have fit in the Marvel Universe at all. This is not the real world. Do we want it to be?

Love it. Now we need some Asian- and Native American-led Marvel movies. And more Dead Pool. Not related to anything else; just love Dead Pool.

I Assume Lots of Other Stuff

Would I know if they got something wrong about African culture, costume or whatnot? Nope. It looked beautiful. I hope to see more of it.

What Black Panther Gets Wrong

Kudos to the movie for tackling pan-African responsibility to slaves and oppressed African descendants everywhere. But if this movie timeline is taken seriously, it means Wakandans sat around with superior technology and weapons and just let slavery happen. How is that okay? Struggling with your international responsibilities hundreds of years later is great, but Wakanda literally hid and watched millions of Africans being sold into slavery and did absolutely nothing. One Black Panther king could have single-handedly killed every slaver ever to hit the shores of Africa without exposing Wakanda so…what’s the deal?

This is not specific to Black Panther, but to any movie that wants to portray a society as advanced while simultaneously glorifying violence as a righteous path to power. A ritual that allows someone to take over the kingdom because they have big pecks and a great right hook is not advanced; it’s primitive, idiotic and exactly as dangerous as shown in the movie. It produces brutal, violent, oppressive, misogynistic leaders who know that violence is answer to every question. Why in the hell would Wakanda choose such a ridiculous right of ascension?

Man-Ape is part of the Wakanda tribal leadership,  and he’s objectively a pretty cool character. I just don’t understand why it’s okay in this genre / universe / context to portray a black person as a man-ape or make freakin monkey noises. Isn’t this kind of analogizing of black people to apes the same crap that got the H&M “Coolest Monkey in the Jungle” hoody pulled? King Kong was racist. Monkey noises are racist. Is it just cool because black people do it to themselves?

I’m just curious about this one. If you’re not native African and are, instead, a mixed-race African American with lighter skin than anyone from central Africa, isn’t being cast in an African in a movie about an isolated African kingdom kind of black facey? Probably not (maybe it shows solidarity); it just seems odd.

Burning All the Heart-Shaped Herbs

Let’s say your entire kingdom depends on a vibranium-infused herb that gives the Black Panther his power. Wouldn’t you want to, I don’t know, keep a back up storage facility somewhere? It’s a freakin’ plant. Grow more of it, hide it, and protect the kingdom. Better yet, spread it across the world and cure all disease. Just don’t let Forest Whitaker have all of it in one little chamber until some asshole burns it.

Why does every alien / advanced space ship look like a three-blade electric razor? Is there just one design studio in Hollywood? Is it subliminal advertising? I did like the way it also looked like a face mask, but the basic design is barely distinguishable from so many other ships in science fiction movies. Huge issue, right? I know.

T’Challa’s Saved by Falling into a Waterfall

I love you, Killmonger, but have you never seen a movie? I know Sherlock Holmes and The Fugitive are  pretty white, but there was Last of the Mohicans. And The Incredibles. You had to have seen that, right? Aren’t you watching the Olympics?

The lead guys do, but not one woman ever shows a wound. Car blows up? They’re fine. Massive battle? They’re fine. Is there vibranium in the makeup? One warrior has her throat cut and dies, but doesn’t bleed. There is something seriously deranged about our need to portray women as powerful warriors while being too squeamish to allow for a broken fingernail.

Can someone please invent fake snow that looks like actual snow? I couldn’t tell if it was salt, shower beads or albino roe. Don’t let your king lie in fish eggs. It’s disrespectful and unhygienic.

What I Worry About

Lot’s of stuff; it’s my thing. But the main one is the potential for unnecessary allegations of cultural appropriation. Let’s say, for instance, that a white boy loves the Black Panther or an Asian girl loves the Dora Milaje and dresses up as them for Halloween. I hope we don’t see angry social media posts about how insensitive they are for wearing new Black Panther costumes when they’re just trying to embrace black heroes. To me it’s no different than a black kid dressing up as Superman, but we do seem to like hating each other these days.

Okay, that’s not really the main thing I’m worried about. The main thing is much bigger and has more to do with the future of American society, but that’s another story. For now, I remain pleasantly surprised, hopeful, and very glad that Black Panther is now part of the Marvel Universe..and mine.

Spoiler Alert! There were spoilers in what you just read.