Posted by ShawnAdmin on November 4, 2021 0 Comments 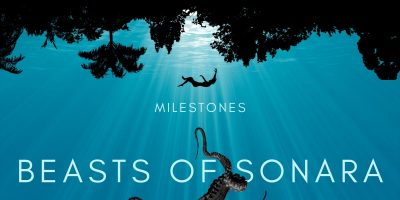 What if we’re all just meat?
And always have been.

David just wants to write children’s books, spend time with his infant son Jason, and try to get out of his toxic marriage with his sanity intact.

The only problem is, something’s eating Jason.

Something’s eating everyone, bit by bit, inch by inch, and no one else notices. They have great stories about how they lost a limb here or a body part there, until they lose something they can’t live without and just…vanish.

Jason’s just missing a pinky today.  No, wait, two. And a toe. His son is dissolving in front of him, and David will do anything to save him.

But how can David save his son from something no one can see?

Buy it on: Amazon | Goodreads | UBL | Others TBD

This is a book about love. And toxic relationships. And meat.

In other words, it’s a book about you.

And dinner is served.

I write science fiction and Arachniss is absolutely science fiction, but like Alien there’s also a good deal of horror and a lot about human–and inhuman–dysfunction. Is there deeper meaning to it? Probably. I mean, I hope so.

In Babadook, the monster is depression. In Jacob’s Ladder, it’s PTSD and addiction. The Ring, I assume if there is a metaphor, it’s about the destructive power of television. Night of the Living Dead is immigration and change. Zombie’s  generally represent the dangers of group think and the numbing sameness of modern life, never more so than in Shaun of the Dead. InKing Kong, it’s the modern world vs. nature and of course racism. In Get Out, it’s white supremacy. Godzilla: nuclear war. Vampires: sex and sexuality. Frankenstein’s monster: modern science. Werewolves: puberty and sexual awakening. Grendel: pride. Perhaps in Arachniss, it’s our willingness to accept horror for others to protect ourselves, and our ability to ignore it if it comes on slowly. We are all the frog in the initially comfortable pot of heating water, and we are all oblivious to what’s coming…

They can cure cancer and save millions,
if she doesn’t kill them first